Trends that will pre-dominate the future of Mobile App Development

Trends that will pre-dominate the future of Mobile App Developmentadmin 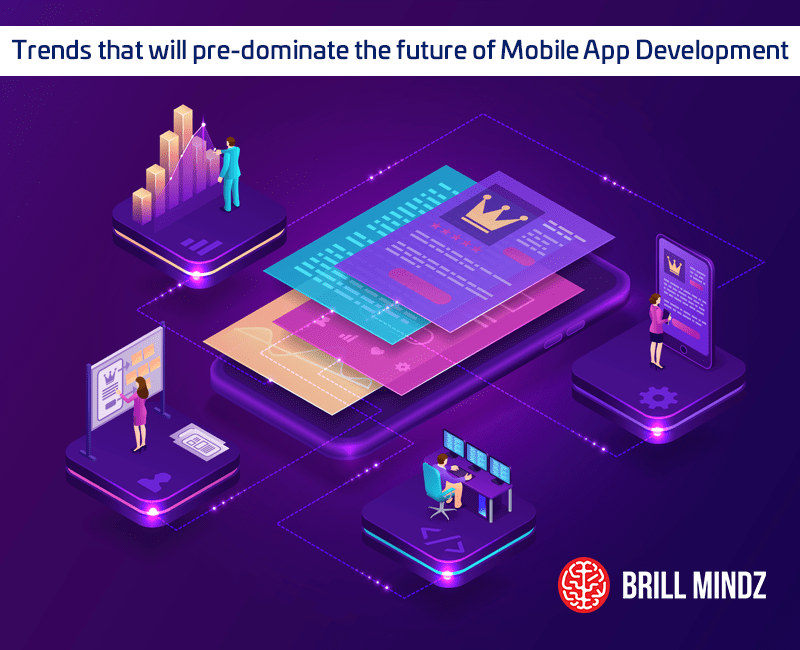 Smartphones being an inseparable part of our daily lives contributes to the biggest changes in our lives. If you compute a general use of mobiles, research says that the future of Mobile App Development and the use of mobile devices and the applications are increasing in the most considerable amount.

Going by the behavior of the user, mobile devices, and application, it is unlikely that it would come down in the year 2017. In fact, 2017 will see a havoc change in technology and innovation and some terrific inventions. There are innumerable devices being introduced in the market by various renowned mobile companies. These are actually bringing in tough competitions in the market with affordable smartphones at reasonable prices. Now as the availability of mobile phones is also ever-increasing in the market, the demand for unique mobile applications is also increasing in numbers.

So let’s just have a look at what are the probable trends, which are likely to pre-dominate the future of the Mobile Application Development.

When we follow the research of IDC, we know that 101.9 million wearable devices were dispatched in 2016. From 79 million units being distributed in 2015, there is a rise of 29% in sales. With the introduction of Smart Wearables like Apple Watch and Microsoft’s Hololens, it seems that there is an upcoming change in computing and the transition from basic to smart wearables. This unlocks up new opportunities for vendors, app developers, and accessory makers. The smartphone is likely to serve as a hub of an area network consisting that can be eventually connected to various wearable devices. These devices can remain connected to the mobile to provide all the required information through mobile applications that will ensure the availability of a wide range of products and services.

The mobile applications are built so that they run compatibly with the operating system for which it is developed. The cross platforms application development service provides an opportunity for a developer to develop an application to runs on multiple platforms with similar features and functionality. Cross-Platform development saves time and money but it is of utmost importance to have clear ideas and knowledge of individual codes of these platforms. For the better user base developing applications for the iOS, platforms are always convenient. There are varieties of Android mobiles available in the market at a reasonable price. The scope for Android is varied hence it provides a vivid experience of developing the most attractive applications for these platforms. The opportunities for Windows and Blackberry are also not meager.

There is a greater possibility that of lately some smart household objects such as LED light bulbs, toys, domestic appliances, sports equipment, medical devices, and controllable power sockets, etc, will be connected through applications running on Smartphones and tablets that will serve as a remote control. They might have the capability of communicating through applications on a Smartphone or Tablet, displaying and evaluating information, interfacing with social networks to monitor “things”, paying for subscription services, ordering replacement consumables, and updating object firmware. Accordingly, these objects will be a part of the “Internet of Things”.

There are some spectacular examples that was been released by various brands that give a fair idea of what can be considered as IoT inventions. Google has two projects Nest and Brillo specifically targeting IoT. Nest develops home automation products and Brillo is an IoT operating system that supports Wi-Fi, Bluetooth Low Energy, and other Android things. With the launch of Apple’s ‘Homekit’ that has wireless and electronic control on your household appliances. Amazon also launched the ‘Amazon Echo’ which is a voice command device for answering questions, playing music, and controlling smart devices.

If we consider the CISCO research we know Cloud Application will globally drive 90% of total mobile data traffic by 2019 and mobile could traffic will be 11-fold with compound annual growth rate (CAGR) of 60%. This clearly explains that in the year 2017, the trend of Cloud computing apps will play a prominent role in shaping the future of the mobile app development sector.

Cloud storage apps allow a developer to create applications that are capable to run on all smartphones, using the browser. They are irrespective of the screen size and platform categories. Applications in cloud computing perform with the same functionality similar to the native app, but it runs on the server instead of devices. Through this mobile apps can directly fetch data from the cloud that will occupy limited space in your smartphone internal memory.

When it comes to providing a satisfactory and trustworthy working environment to the employees, organizations are steadily moving towards Enterprise Application. Enterprise App development is much more productive in aspects of revenue generation when compared to individual app development. The main focus of an enterprise mobile application is to help an organization to restructure, streamline, and manage crucial business processes.

According to Adobe, 77% of business owners feel that enterprise apps are advantageous and 66% are contributing to their investments. By 2021, the enterprise app market is expected to grow by 430 billion.

M-commerce is high in growth, well how do we say it is when we see the increasing and growing popularity of Apple Pay and Google Wallet. It will require mobile app developers to develop mobile apps that can process transactions without the need for physical debit/credit cards or cash. The wearable will also be able to process payments m-commerce along with data collection and predictive analytics. It will play an integral role in the future of mobile payments and customer loyalty.

These days most mobile phones are equipped with location sensor capabilities. This uses multiple positioning methods to provide dispersed results of location data. When we know an individual’s location within a few meters it will be useful to provide us highly relevant contextual information and services. For security, anti-theft, and power-saving and games, Motion-sensing apps are used. In the case of in Geotagging, Games, Vehicle navigation, and fitness apps, location sensing is proved to be an important aspect. In the longer run technologies such as smart lighting will also become important as well. The precise indoor location sensing, united with mobile applications, will give rise to a new generation of extremely personalized services and information.

User Experience highly depends on an adequate and active display of data and content on your mobile user interface. For positive results, mobile application companies, develop new patterns of representing intuitive designs and interactive interfaces. The app designed by the designer considering various mobile app development challenges. The developed application should be capable to explore technologies like interactive content layers, circular design patterns, cards, and handling of content. Through these features “augmented reality” can be shaped so that the users can interact with the content in further detail. In the current scenario the most primary consumer apps are posing high standards for user interface design, accordingly, the organization should carve out new skills and work with new partners to meet expected results.

2016 has seen a revolutionary growth in Augmented Reality and Virtual Reality in the gaming and entertainment industry. There were many games like Pokemon Go, iOnRoad, Sky Siege, and my that portray a good example of AR surprises and devices like Samsung Gear VR, Google Cardboard and Oculus Rift have taken VR into a new dimension.

The researcher projects immense market demand and growth in AR and VR software in upcoming years.

As per Gartner, there will be a more than 300% increase in investment in artificial intelligence in the year 2017 then what it was in 2016. The artificial intelligence will provide business users access to powerful insights with the use of advanced analytics, logical interfaces into complex systems, and machine learning technologies. Followed by these advantages many companies have started getting in startups those who are skilled in Artificial Intelligence. There are examples of Artificial Intelligence like Prisma, Siri, and Google Now and many more are yet to conquer the rising trend of the technical market.

Integrated location-based service applications like Apple’s iBeacon and Google Beacon are becoming much popular. Wi-Fi connection and usage will no longer be limited to hotels, restaurants, retail outlets, or in health-care. The usage of applications with Wi-Fi support is going to rise beyond these traditional requirements will help people with relevant location-based information. This advanced technology has major scope to personalized app marketing and it is expected to rise in 2017 considering one of the major mobile app trends.

The programming language for is iOS developers is Swift. As per most mobile app developers, Swift is much easier than Objective C. Hence, it will slowly get prominence, not erasing the Objective C, completely from the avenues of the program developing language.

Apart from all the positive effects, some are negative as well.

The hackers are open to exploit the security loopholes of any mobile application as 75% of mobile apps do not pass even basic security tests, as projected by Gartner. To the support of this HP adds that 70.6% of apps have easy access to external storage where 94.7% apps include logging systems. They will be able to snip and exploit the most delicate and confidential information.

The mobile application developers hardly can trust outdated tools and trends when the most responsive mobile app development service is concerned. At the development stage, the Mobile App Developers should well be equipped to put their best skills and tools into practice. The above-mentioned trends that are likely to follow and predominate the future of mobile app developments will also open much bigger and better avenues for the years to come. 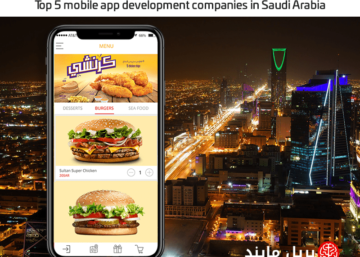 Which are the best mobile app development companies in Dubai? Why?admin 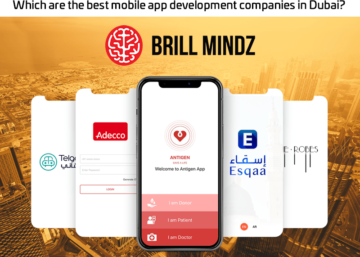 BY adminWhich are the best mobile app development companies in Dubai? Why?

Which are the best mobile app development companies in Dubai? Why? Dubai is a rapidly...

How can I choose a mobile app development company in Dubai?admin 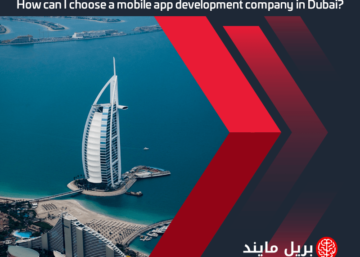 BY adminHow can I choose a mobile app development company in Dubai?

How can I choose a mobile app development company in Dubai? The demand for advanced...